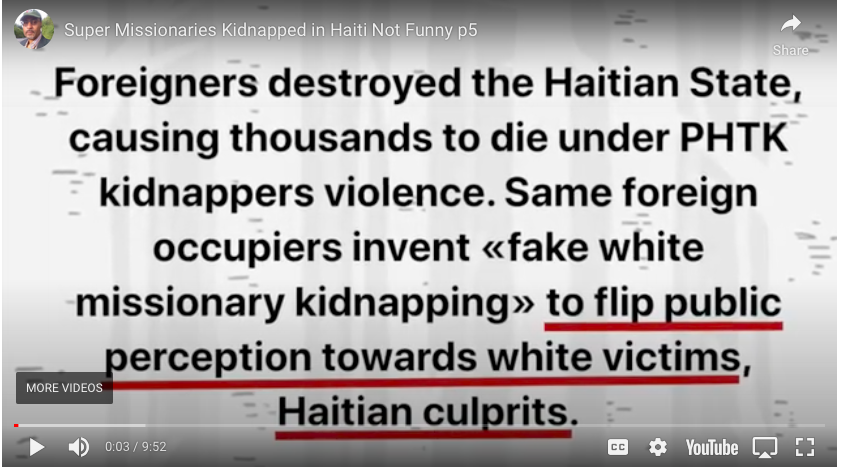 Did Jesus intervene to free 17 white missionaries kidnapped in Haiti from October 16 to December 20, 2021? Why is it most Haitians are upset and feel offended by this amazing “miracle” that has been reported by CNN, Miami Herald, news media all around the world?

In this series, a Haitian-Canadian radio host, activist and blogger provides shocking details about the ongoing nightmare Haitians are enduring because of well-connected gangs of kidnappers who operate in full impunity, within a few miles from the huge U.S. Embassy in Port-au-Prince.

Their victims are almost exclusively Black Haitians. However, few are aware of the plight of these thousands of victims of real kidnappings happening in Haiti.

Part 1 (8 min 33)… we examine the fact that thousands of real Haitians victims of kidnappings do not make news headlines.

In part 2 (7 min 53), we discuss the confessions of Haitian kidnapper Arnel Joseph, as reported in July 2019, two years before his spectacular assassination.

In part 3 (9 min 36), we take a close look at specific members of the so-called “business elite” in Haiti who were mentioned by Arnel Joseph, according to the 2019 reference document “Arnel Joseph parle comme une rossignol” (Arnel Joseph speaks like a nightingale). See this.

In part 4 (7 min 11), we take a close look at the type of “mission” has been historically assigned to U.S Missionaries in Haiti. A critical analysis of the ongoing foreign occupation of Haiti is necessary to make sense of seemingly “weird” events that have unfolded in recent months.

In part 5 THE MILLIONAIRE KIDNAPPERS OF HAITI (9 min 53), we conclude this series, with a deeper look at why Millionaires have been, time and again, identified as the main culprits masterminding murderous kidnappings that are plaguing Haiti, while the country supposedly “benefits” a disastrous UN Peacekeeping mission (since 2004).

A critical analysis of the close ties established and nurtured between the US and allied foreign powers (Core Group) that effectively call the shots in Haitian politics since 2004, the 15 “white mafia families” who dominate Haiti’s import-export space (with private ports and all) and the PHTK (Michel Martelly) gang of kidnappers and narcotics dealers… is absolutely  essential to make sense of real as well as suspected “fake kidnappings” that have been occurring incessantly and tragically in Haiti.

If you care about human rights, you will want to watch the full set of videos. 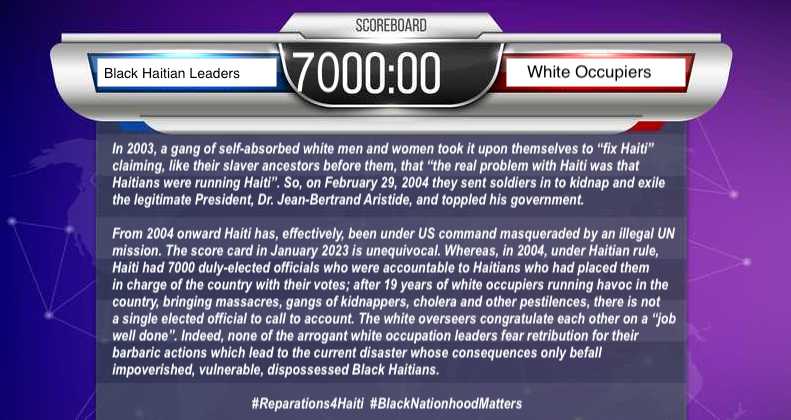 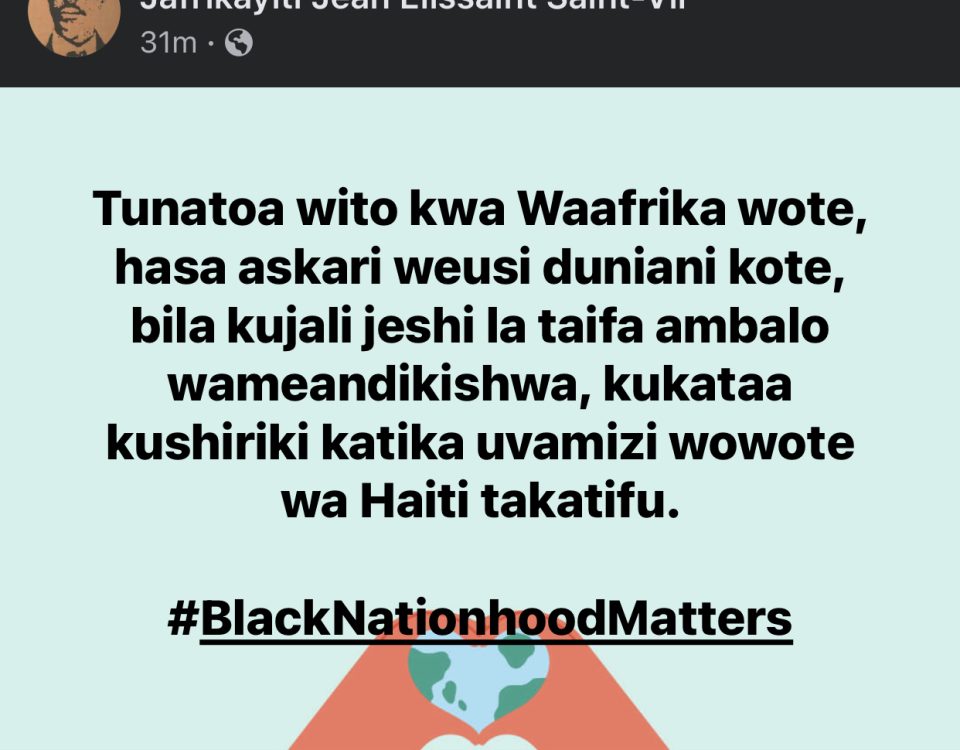