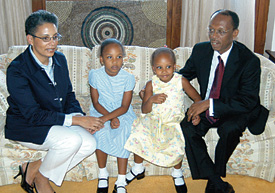 As I type these words, I envision bright smiles on seven faces, those of seven precious young ladies. One of them, I am certain, is happy and safe, enjoying a relaxing morning with her grandmother. Two of them are probably enjoying this blessed day with you and President Obama. Another two, much older today than pictured in the photograph below, are the daughters of our late beloved Rolihlahla Madiba Mandela and Mama Winnie Madikizela. 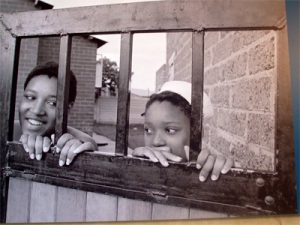 Unlike mine, yours and the Mandela girls, the sixth and seventh young ladies are neither happy nor safe this morning.  As had happened to Zenani and Zinzi Mandela, under Apartheid South-Africa,  in my native Haiti today, Michaelle and Marie-Christine Aristide are like prisoners in their own home,  worrying about politically and racially-motivated violence targeting them, their parents, Dr. Jean-Bertrand Aristide and Mrs. Mildred Trouillot-Aristide as well as other members or sympathizers of the Lavalas political party.

On September 16, 2014, U.S. Congresswoman Maxine Waters wrote to your Secretary of State:

“Dear Secretary Kerry: I am deeply concerned that there is an effort to illegally arrest President Aristide”.

Indeed, recently, a man named Lamarre Belizaire issued an illegal arrest warrant against former President Aristide for allegedly ignoring equally-unlawful summons issued by the same, shortly earlier. Belizaire is considered by most Haitians to be an impostor, as he never met minimal legal qualifications to hold the title of “judge”. In fact, Belizaire has been disbarred by the “barreau de Port-au-Prince”, whereby he won’t be allowed to practice law in Haiti for up to 10 years.

Why do I address this letter to you?

Dear Mrs. Obama, I write this urgent letter to you because, for the past 10 years, the governance of Haiti has been effectively taken over by the Government of the United States, of which your husband, Barack Hussein Obama, is President. While neither legal nor accepted by the People of Haiti, this take-over of their country’s governance by the U.S. Government is real.

Since 2004, the U.S. has intervened to determine the outcome of several mocked elections in Haiti. During the latest such exercise, in 2011, former U.S. Secretary of State Hillary Clinton personally selected Michel Martelly to be first runner-up, then “President of Haiti”, under circumstances that were so shameful, illegal, blunt and disrespectful that they were openly denounced even by OAS diplomat Ricardo Seitenfus and by former Haitian President René Préval.

the international community had behaved in Haiti as if it were in conquered territory. It boldly put into practice, absent any legal, technical or moral basis, a white coup and a blatant electoral intervention.– Ricardo Seitenfus

One cannot disagree with René Préval when, faced with the ratification of the election of a candidate imposed by the United States through the international community, he asked himself: “In this case, why were elections held?” – Haiti’s Doctored Elections, Seen from the Inside: An Interview with Ricardo Seitenfus (By Dan Beeton and Georgianne Nienaber – February 24, 2014 )

Ten decades ago, under the 1915 U.S. Occupation of Haiti the great American scholar and NAACP leader James Weldon Johnson worked tirelessly to counter the racist arguments that an intellectually backward but politically and economically-powerful sector of U.S. society used to justify the occupation of Haiti. 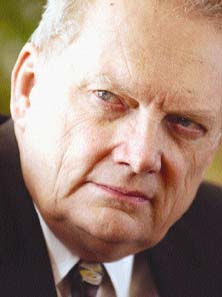 Disturbingly, the current occupation, a desired and planned outcome, was also predicated on racist and flawed premises. I recall the shocking statement made by then Assistant Secretary General of the OAS, in front of myself as well as several other witnesses at Haiti’s Hotel Montana, on December 31, 2003:

“The real problem with Haiti” said Luigi Einaudi, “is that the ‘International Community’ is so screwed up & divided that they are actually letting Haitians run Haiti.”

Less than two months after Einaudi uttered these words, on February 28-29, 2004, in the dead of night, U.S. Marines entered the residence of Haiti’s president, while Canadian RCMP soldiers secured the airport to facilitate a coup d’etat and the occupation of Haiti. Since that fateful night, Haitians are no longer running Haiti. However, the bloodbath the foreigners claim to have intervened to avoid reached unprecedented proportions, with full involvement of the UN.

“The proper solution for the problem of Haiti is creation of an international trusteeship, one that will allow for the institutions of the Haitian state to be rebuilt and to be made effective, prior to transition, under international stewardship, to a fully self-directed democratic state with an effective market economy. However, it is acknowledged that the intervention/ trusteeship solution has been attempted before in Haiti, and it has failed. The long history and unique culture of this country have given the Haitian people a strong sense of independence and nationhood. This poses a considerable challenge to the international community – to develop and implement an approach that will be perceived as legitimate by the Haitian nation, and not one simply imposed by outside powers”.

After seven years in exile, and thanks to the exemplary courage of South-African presidents Thabo Mbeki and Jacob Zuma, the Aristide family returned to Haiti in 2011. As I wrote on the eve of that momentous event, Jean-Bertrand Aristide’s return from exile represents a major blow to the face of white supremacist racism and a serious defeat of global banditry.

“As a priest, as an educator, when he was president, and now as he will return to education, [Aristide will] continue to be a person that always, always, always withstands.” – Mrs. Mildred Trouillot-Aristide (see: Amy Goodman’s coverage of the event on Democracy Now).

Given the self-assigned roles foreigners took in Haiti since the 2004 Coup, the current state of affairs in that country must be considered their collective accomplishment. 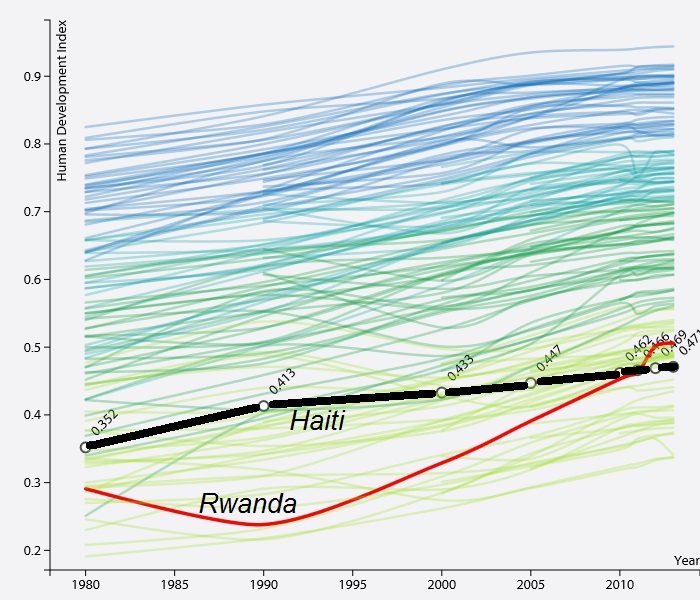 President Barack Obama contributed to the current situation by abdicating too much of his role as Head of State, letting the Clintons do as they please with U.S. policy towards Haiti.

The disastrous results of the foreign occupation of Haiti continue to compel voices of reason worldwide, notably in Haiti and in the U.S., to demand an immediate end to this senseless experiment.

Surely, you and your husband must know that, under the current neo-Duvalierist regime which is figuratively-led by  Michel Martelly, the erratic actions of Lamarre Bélizaire are symptomatic of widespread dysfunction in the Haitian judicial, police and prison systems. Are you aware, for instance,  that, a few weeks ago, over 329 prisoners were let loose in broad daylight from a supposedly high-level security prison? Among the “escapees”, the Dominican Republic military captured and returned to Haiti alleged gang leader and kidnapper Clifford Brandt, who also happens to be a campaign financier and close friend of Mr. Martelly and Mr. Lamothe. At the end of 2003, another close friend of Mr. Martelly became entangled in a bizarre drug dealing case which seriously threatened to bring down the government. As of January 2014, Mr. Evinx Daniel vanished from the face of the earth. He simply disappeared!

No doubt, the ongoing persecution of Dr. Aristide has diverted attention from these troubling acts of disappearance performed by key Martelly-Lamothe associates.

It is high time the United States of North-America abandons its antiquated foreign policy consisting of propping up semi-educated dictators in Latin America and the Caribbean who persecute intellectuals and break political dissent with violent and illegal means. We need real change in which we can all truly believe. You’ve witnessed first-hand how your husband’s ability to lead as President of the United States has, at times, been undermined by a racist fringe of the U.S. population. Surely, you must empathize with the struggle of Haiti’s impoverished majority and their embattled leader Jean-Bertrand Arisitide as they continue to face numerically few, but economically well-endowed national and international ideologues who are stubbornly bent on denying black majority rule in Haiti, on account of old racist ideas. Haitians deserve your help in their struggle to recover their sovereign rights!

By this, I am NOT asking President Obama or the U.S. Government to interfere further in Haitian affairs. Unfortunately, this very week, several U.S. Congressmen took this ill-fated direction. On the contrary, I am asking all the foreign forces, including the U.S. Government, the Congress et al. to assume responsibility for the damage they have already caused, pay due reparations to Haitians and get out of Haiti’s business, without undue delay.

Haitians keep saying every which way they can that Einaudi’s assessment of “the real problem with Haiti” was and is wrong. The objective facts also prove the Haitians right. The 2004 foreign occupation of Haiti, conducted and maintained under racist premises, is a dismal and tragic failure.

In honor of millions of displaced, enslaved and tortured Africans, the heroes who fought and died all over the Americas in order to secure our right to freedom, Mrs. Obama, please encourage your husband and his government to finally commit to real positive change in U.S. Policy towards Haiti, today!